29th July at Brighton Open Air Theatre 2pm Lost at sea and brought to BOAT by the winds of change Captain Cresswell gathers his shipwrecked crew of cabaret and circus performers to bring you spectacular entertainment, comedy and vintage cabaret as they seek safe haven.
This show delivers a wonderful hybrid of circus skills and cabaret performance, pulling together circus artistes, actors and interactive performers to create a vibrant and unforgettable performance style. Featuring Dan Shelton, Holly Kristina, Kellie York from Teardrop Circus and a host of dancers, musicians and comedy fidgets!
Suitable for kids of all ages this family friendly show has something for everyone! 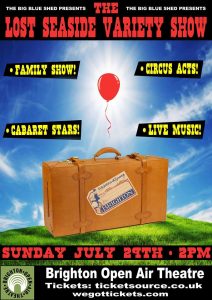 In 2010 Chris in conjunction with David Lavender and Mim King took “Dinner for One” to Hill St Theatre, as part of the Edinburgh Fringe, it was a recreation of the original 60’s comic sketch created by Freddie Frinton which has been delighting German audiences every year at New Years Eve

‘Made audiences cry with laughter – uncontrollable belly laughs’ The Stage

a priceless gem of a show’ Fringe Review 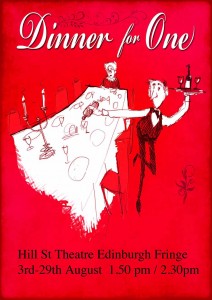 From 1999 to the present day Chris has regularly been producing work under the Voodoo Vaudeville banner, this has included 2 arts council funded UK tours, 2 seasons at the Assembly Rooms Edinburgh Fringe and a 10 year residency at the Komedia in Brighton, during that time we have worked with a vast array of  performers many of whom have gone on to have careers in cabaret and theatre, we have also worked with a wonderfully varied collection of cabaret artists, circus performers, bands  clowns, comedians and burlesque performers and most importantly talented technicians who have helped create some fabulous moments…

“It has to be said – others play at vaudeville, but Voodoo Vaudeville play harder. This is the genuine article” – Total Theatre 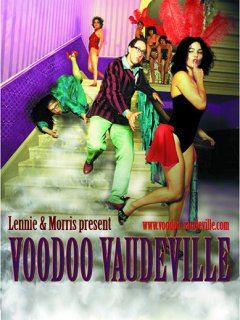 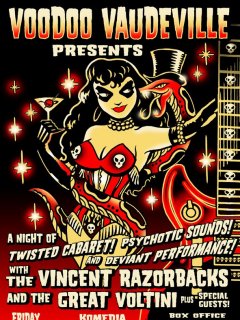 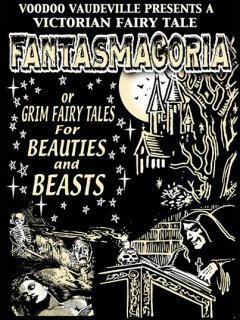 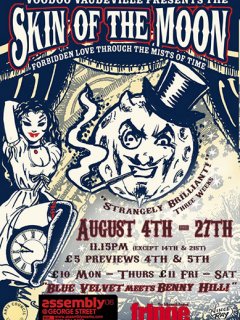 Skin of the Moon 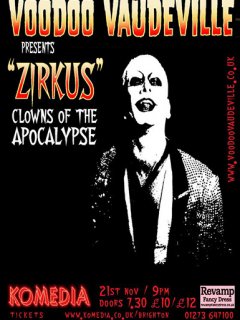 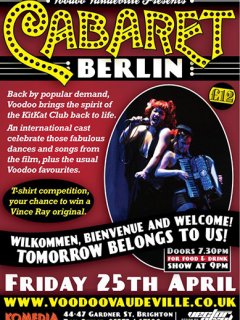 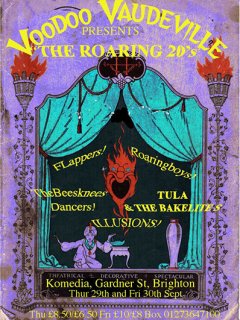 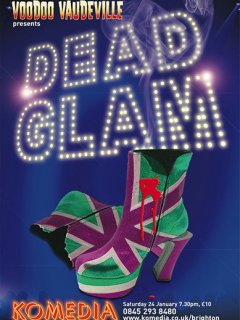